India beat West Indies comfortable by 59 runs (D/L method) to win the second one-day international (ODI) in Port of Spain on Monday. Indian captain Virat Kohli led from the front with a record-breaking 42nd hundred to help his side set a target of 280. However, the target was revised to 270 in 46 overs after rain interrupted play in the second half. But a disciplined bowling performance by India saw the Windies once again fail to capitalise on a set platform and lose the game by 59 runs. 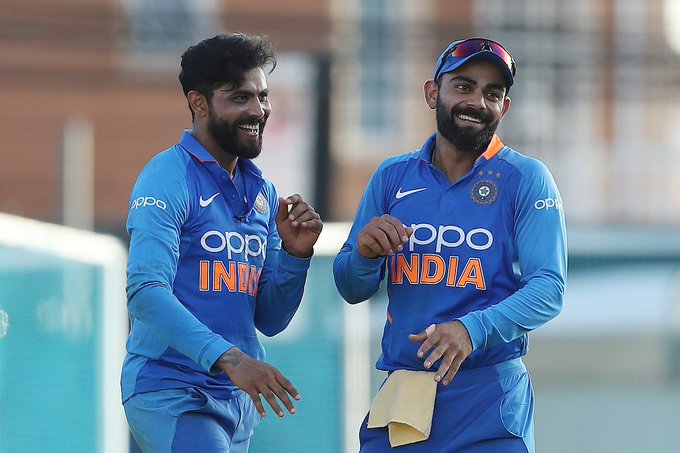 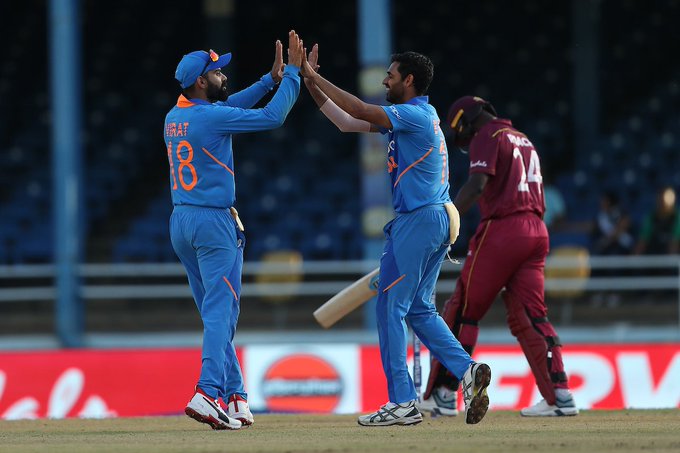 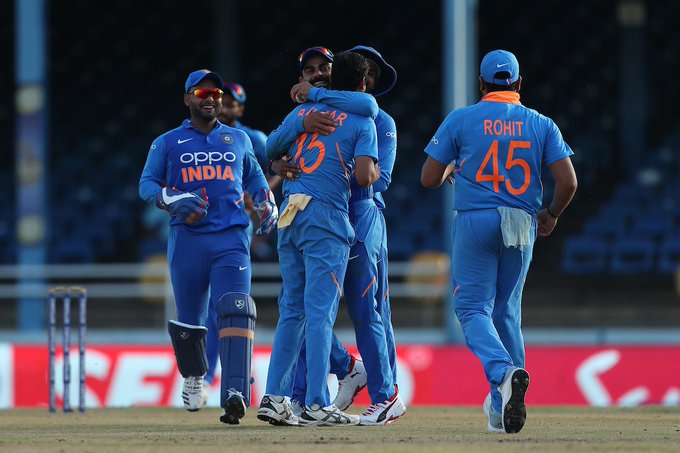 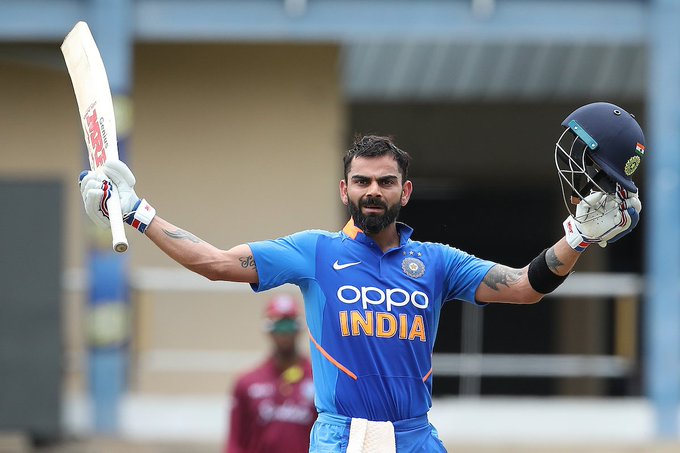 Toss: India skipper Virat Kohli won the toss and elected to bat against West Indies in the second ODI on Sunday. The Men In Blue fielded an unchanged playing XI, while West Indies made one change, bringing in Oshane Thomas in place of Fabian Allen, who is unfit.

First Innings: After Shikhar Dhawan fell early it was Kohli who came into bat in the fourth ball of the innings. Rohit Sharma also struggled to rotate the strike and played the second fiddle, before he was removed by Roston Chase. Playing aggressively from the start he went on to score 120 off 125 balls, which including 14 boundaries and one six. The Indian skipper was well supported by Shreyas Iyer, who struck the third half-century of his career and shared a 125-run partnership with Kohli for the fourth wicket. The hosts came back strongly in the last 10 overs to peg back the Indians with some clever bowling display. Comfortably placed at 212/3, the Men In Blue could only add 67 runs for the loss of four wickets in the last 10 overs.

A stupendous 120 from @imVkohli followed by a gritty knock of 71 from Iyer guides #TeamIndia to a total of 279/7. 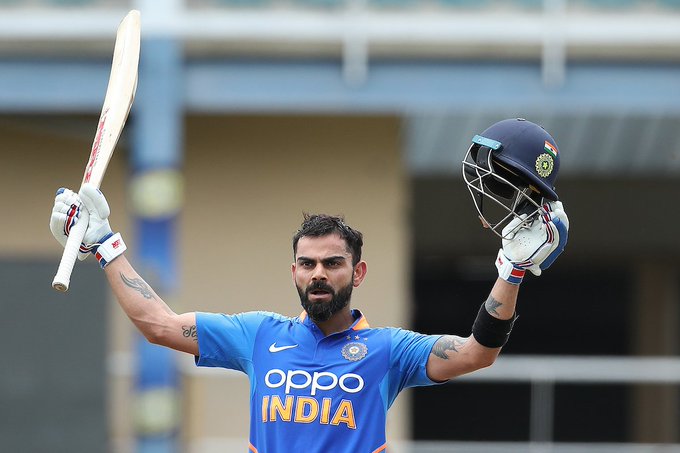 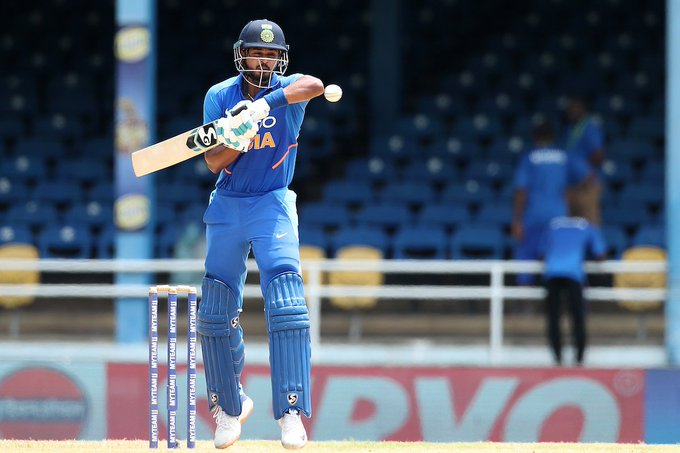 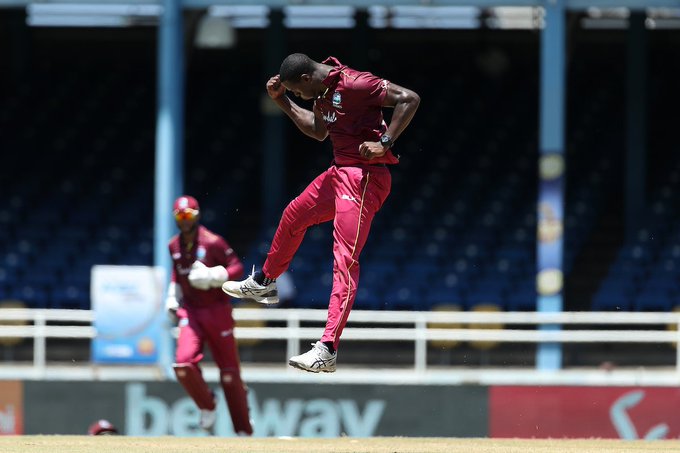 Second Innings: In reply, Evin Lewis was the only batsman to show some steel, stroking his way to 65 off 80 balls. Once again what hurt the home team was losing wickets at regular intervals and bad shot selections. The game evenly poised till the 34th over after which West Indies went down from 172/4 to 182/8 in the 37th overs. These wickets going into the space of four overs did not help at all. Bhuvneshwar Kumar’s four-fer which included a fantastic return catch was the pick of the bowlers. Brief spells of rain hampered the game and the second innings was reduced to 46 overs with 270 being the revised target. Virat Kohli, Man of the Match- Good outing with the bat. Exactly why we wanted to bat first. If you saw the later half of the West Indies innings, it was difficult to bat on. I think the rain in between helped them else it would have been tough to bat in the middle overs. We knew that anything over 270 would be challenging. Feels good to get a hundred when the team wanted me to get one. Shikhar and Rohit didn’t get a big one. One of the top three has always got the big one. A senior man had to step up and today was my opportunity to step up

Jason Holder: Extremely disappointing. We bowled really well and the game was in our hands. We lost crucial wickets at the back end to lose the game. We need to take responsibility. We need to take the game deep. The pitch was pretty good but the bowlers despite the humid conditions did well. The batters have to take the responsibility. They have been letting us down far too often.

The team brings you the latest sporting news from all around the world across all sports.